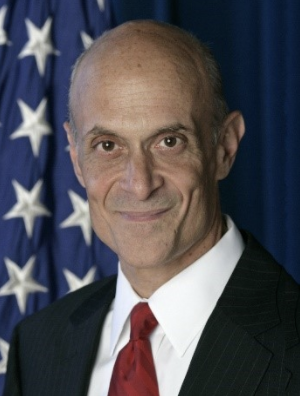 Michael Chertoff is Co-Founder, Chairman, and Homeland Security Member of the Chertoff Group, a global security advisory firm that provides consulting, risk management, and merger and acquisition (M&A) advisory services for clients in the security, defense and government services industries.

At Chertoff Group, Mr. Chertoff provides high-level strategic counsel to corporate and government leaders on a broad range of security issues, from risk identification and prevention to preparedness, response and recovery.

From 2005 to 2009, Mr. Chertoff served as Secretary of the U.S. Department of Homeland Security (DHS), where he led the federal government’s efforts to protect our nation from a wide range of security threats including blocking would-be terrorists from crossing the United States border or implementing their plans if they were already in the country. He also transformed FEMA into an effective organization following Hurricane Katrina.

Before leading DHS, Mr. Chertoff served as a federal judge on the U.S. Court of Appeals for the Third Circuit. Previously, he was head of the U.S. Department of Justice’s Criminal Division where he investigated and prosecuted cases of political corruption, organized crime, corporate fraud and terrorism – including the investigation of the 9/11 terrorist attacks. Mr. Chertoff also serves as Chairman of the BAE Systems, Inc. Board of Directors and Senior of Counsel at Covington & Burling.