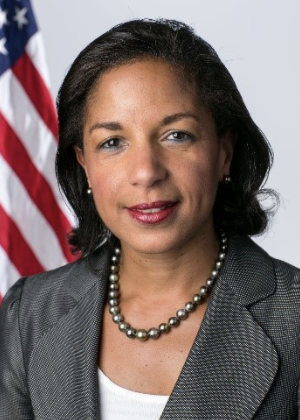 Ambassador Susan E. Rice served as President Obama’s National Security Advisor and U.S. Permanent Representative to the United Nations from 2009-2017. She is the author of the New York Times best-selling memoir, Tough Love: My Story of the Things Worth Fighting For.

Rice is currently a Distinguished Visiting Research Fellow at American University’s School of International Service and a Non-Resident Senior Fellow at the Belfer Center for Science and International Affairs at Harvard University’s Kennedy School of Government. She is also a contributing opinion writer for the New York Times and serves on the board of Netflix.

Ambassador Rice received her master's degree and Ph.D. in international relations from Oxford University, where she was a Rhodes Scholar, and her B.A. with honors in history from Stanford University. A native of Washington, DC, Ambassador Rice is married to Ian Cameron, and they have two children.