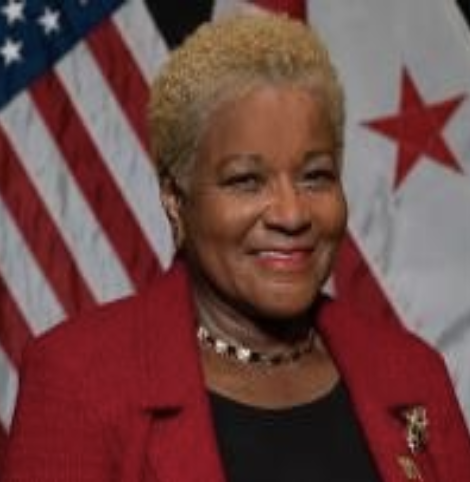 Beverly L. Perry serves as Senior Advisor to Mayor Muriel Bowser. In this capacity, she advises the Mayor on policy initiatives through her oversight of the Office of Policy and Legislative Affairs, the Office of Federal and Regional Affairs, and the Office of the Secretary, which is responsible for international affairs, ceremonial services and the preservation of the city’s history.

Prior to her service with the DC government, she served as Senior Vice President and Special Advisor to the Chairman of Pepco Holdings, Inc. (PHI), a regional energy holding company that provides utility service to 1.9 million customers. PHI is the parent company of Potomac Electric Power Company, which she joined in 1990 as Manager of Government Relations for District of Columbia and Federal Affairs.

A lawyer by profession, Ms. Perry litigated cases in Federal and State Court throughout the Washington Metropolitan region. She practiced law with Frank, Bernstein, Conaway and Goldman prior to joining Potomac Electric Power Company. Other legal positions held by Ms. Perry included law clerk for Judge Marian Blank Horn of the US Claims Court and attorney advisor with the US Department of Interior, Office of the Solicitor.

Ms. Perry developed her career in public policy through strategic political analyses, civic leadership and her commitment to community service. Ms. Perry has had a long history of leadership with various foundations and organizations including the African American Civil War Memorial and Museum, the Greater Washington Urban League; the Arena Stage; the Congressional Black Caucus Institute; and the Federal Judicial Nomination Commission for the District of Columbia.