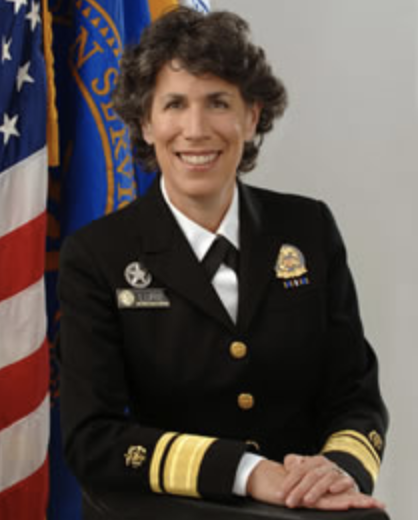 Nicole Lurie is an American physician, professor of medicine, and public health official. During the administration of President Barack Obama, she was Assistant Secretary for Preparedness and Response (ASPR) at the United States Department of Health and Human Services (HHS). The mission of the Office of the Assistant Secretary for Preparedness and Response is to "lead the nation in preventing, responding to and recovering from the adverse health effects of public health emergencies and disasters, ranging from hurricanes to bioterrorism."

Lurie was elected to the council of the Society of General Internal Medicine in 1987, and was president of the society from 1997-1998. Lurie is a member of the Institute of Medicine.

Lurie has received a number of awards, including the Association for Health Services Research's Young Investigator Award; the University of Pennsylvania Perelman School of Medicine Distinguished Graduate Award (2009); the American Federation for Medical Research's Nellie Westerman Prize for Research in Ethics; an American College of Physicians Mastership.

Lurie is married to Dr. Jesse L. Goodman, a physician and now the chief scientist at the Food and Drug Administration; the two met while at the University of Pennsylvania. They have three sons.