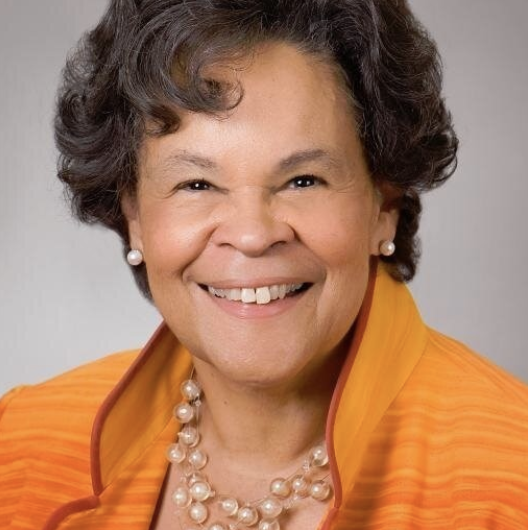 In her long and distinguished career, Dr. Charlene Drew Jarvis has held positions as a university president, legislator, and neuroscientist. Dr. Jarvis was elected six times to the Council of the District of Columbia (1979-2000). She was named one of the most powerful women in Washington by Washingtonian Magazine (1989, 1994, and 2007) and The Washington Business Journal (1985).

Dr. Jarvis held the position of President (1996-2009) of Southeastern University, a Washington, D.C.-based institution founded by the YMCA in 1879.  After 13 years at Southeastern, when the University began to face serious enrollment and financial challenges, Dr. Jarvis facilitated a unique merger of the University with the USDA Graduate School, an entity providing continuing education courses to thousands of federal government employees.

During her tenure at the University, Dr. Jarvis served as the two-year rotating chair of the Consortium of Universities, an association of highly recognized universities based principally in the District of Columbia, with several members in Maryland and Virginia. The mission of the Consortium is to advocate for and convey the importance of higher education to the economic, cultural, social, and political life of the city.

Charlene Drew Jarvis is regarded as one of the foremost coalition builders in the Washington region. Her analytical skills, intellectual rigor, willingness to ask probing questions, and pragmatic approach have led to the quick, inventive solutions that have made her advisory contributions in high demand by major organizations and commissions.

Dr. Jarvis’s educational background led to a career as a research scientist at the National Institute of Mental Health in Bethesda, Md. (1971-1978). Her research involved anatomical, electrophysiological, and ablation studies of the brain of the primate visual system. Her research with co-investigators appeared in scientific publications such as the Annals of Neurology, Acta Neurology Scandinavia; Neuroscience Abstracts, Brain Research, the Journal of Neurophysiology, and Brain, Behavior and Evolution.