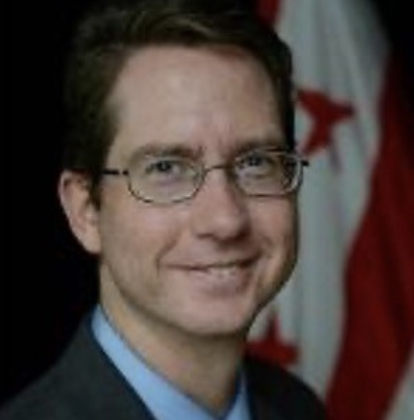 Appointed by then Mayor-elect Muriel Bowser in December 2014, Kevin Donahue serves as the Deputy City Administrator and the Deputy Mayor for Public Safety and Justice. In both roles, he brings an analytical approach that utilizes data to deliver tangible results to the residents of the District of Columbia.

Mr. Donahue’s use of data as a tool to improve core city functions began in 2008 when he served as Director of CapStat under Mayor Adrian Fenty. CapStat, a data-based accountability system, involves bringing together leadership across government agencies for a clear, issue-specific discussion that focuses on the effectiveness of strategies and choices.

Mr. Donahue oversaw a thorough review of the corrective action plan for the Department of Forensic Sciences (DFS). The agency halted all DNA testing as a result of an audit by the ANSI-ASQ National Accreditation Board (ANAB). With new leadership at DFS, Mr. Donahue worked side by side to identify issues and challenges and began the rebuilding process in order to regain the trust of government partners who rely on DNA testing to solve crimes and provide closure to families.

Prior to joining the Bowser Administration, Mr. Donahue served as the Executive Director of the Federal government’s Performance Improvement Council. In this role, he continued his data-driven approach to create accountability in order to streamline government functions. Mr. Donahue also led the successful development of a reform agenda for the US General Services Administration following a damaging conference-spending scandal. Previously, Mr. Donahue worked at the US Department of the Treasury, serving as the Director for Strategic & Planning and Performance Improvement and a Senior Advisor to its Assistant Secretary for Management and CFO.

Mr. Donahue moved to the DC area in 1990 and received his Bachelor’s degree in government at Georgetown University and a Master’s degree in Public Policy from Harvard University.