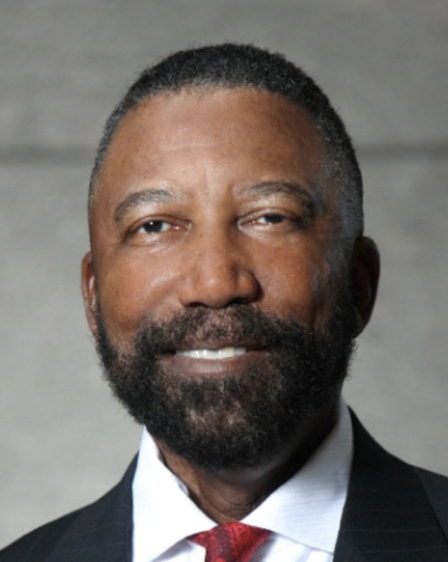 Robert C. Bobb leverages more than 40 years of executive management experience in both the private and public sectors. He is the owner, President and CEO of The Robert Bobb Group, LLC (RBG), a multi-faceted private/public sector consulting firm.

Recently, Mr. Bobb served as Emergency Financial Manager of the 87,000-student Detroit Public Schools (DPS) from March 2009 through May 2011. DPS was a school district in crisis due to decades of mismanagement and corruption. He immediately assembled a team of national turnaround experts to address the district’s legacy deficit and develop a Master Education Plan for 21st Century Teaching and Learning. In his first year as the Emergency Financial Manager of DPS he was named the Champion for Children by the Michigan Association of School Administrators, a statewide association which represents the superintendents and first-line administrators of Michigan’s local and intermediate school districts.

Mr. Bobb is the former City Administrator and Deputy Mayor for Washington, D.C. and served as the District of Columbia’s Homeland Security Advisor. He managed a workforce of approximately 20,000 employees and an annual budget of $8 billion dollars. In November 2006 he was elected city-wide as the President of the Washington, D.C. Board of Education and served on the Washington, DC State Board of Education. Mr. Bobb also serves as a member of the Board of Directors for the Washington, DC Chamber of Commerce as well as the Chairman of the Board for the DC Children’s Youth Investment Trust Corporation. Prior to this, Mr. Bobb served as the City Manager of Oakland California and Executive Director of the Oakland Redevelopment Agency; City Manager of Richmond, Virginia; City Manager of Santa Ana, California; and City Manager of Kalamazoo, Michigan. Mr. Bobb holds the distinction of having served on a continuous basis as the longest tenured African American City Manager/City Administrator in the Nation. He is an expert on the issues facing urban government in the realms of education, economic development, community and neighborhood development, municipal budgeting and finances, contract negotiations, public/private partnerships of sports franchises, libraries and recreation facilities, and public safety.

Mr. Bobb finds time in his busy schedule to mentor urban youth and young professionals. Under his direction, several successful outreach programs were designed and administered to foster urban youth in civic responsibility, educational achievement, and competitiveness in the employment market.

Mr. Bobb earned a Bachelor of Arts in Political Science from Grambling State University in Grambling, Louisiana and a Master of Science in Business from Western Michigan University in Kalamazoo, Michigan. He also completed the certificate program for Senior Executives in State and Local Governments from Harvard University’s John F. Kennedy School of Government, where he served as a member of the Executive Alumni Council.