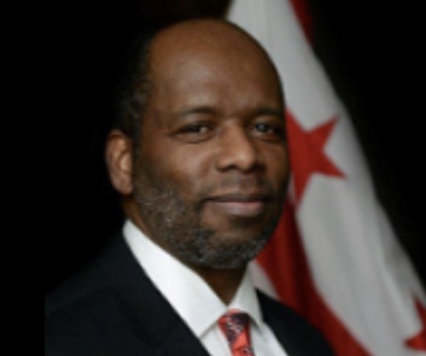 Wayne Turnage is the Deputy Mayor for Health and Human Services and the Director of the District of Columbia Department of Health Care Finance (DHCF).

As Deputy Mayor, Mr. Turnage supports the Mayor in coordinating a comprehensive system of benefits, goods, and services across multiple agencies to ensure that children, youth, and adults lead healthy, meaningful, and productive lives. As Director of DHCF, Mr. Turnage serves as the manager of the agency and the chief advocate for the annual legislative and agency budget priorities. He works closely with the Mayor’s office and City Council to address the concerns of Medicaid stakeholders and the citizens of the District.  Mr. Turnage  has spearheaded efforts to reform several of DHCF’s major provider reimbursement systems, established a program of accountability for the agency’s redesigned managed care program, and, more recently, organized and oversaw the implementation of a plan to reduce fraud in the Medicaid home care program – reducing those costs by nearly $11 million per month.

Prior to this appointment as Director of DHCF, Mr. Turnage served as the Chief of Staff at Virginia Commonwealth University. He also served as Chief of Staff to Governor Timothy M. Kaine and served in dual positions for Governor Mark Warner as Director of Policy and Research at the Virginia Department of Medical Assistance Services and Advisor for Special Projects from 2004 to 2006.

A Ward 6 resident, Mr. Turnage received a Bachelor of Science in Social Science from North Carolina Agricultural and Technical State University and a Master of Public Administration from Ohio State University.